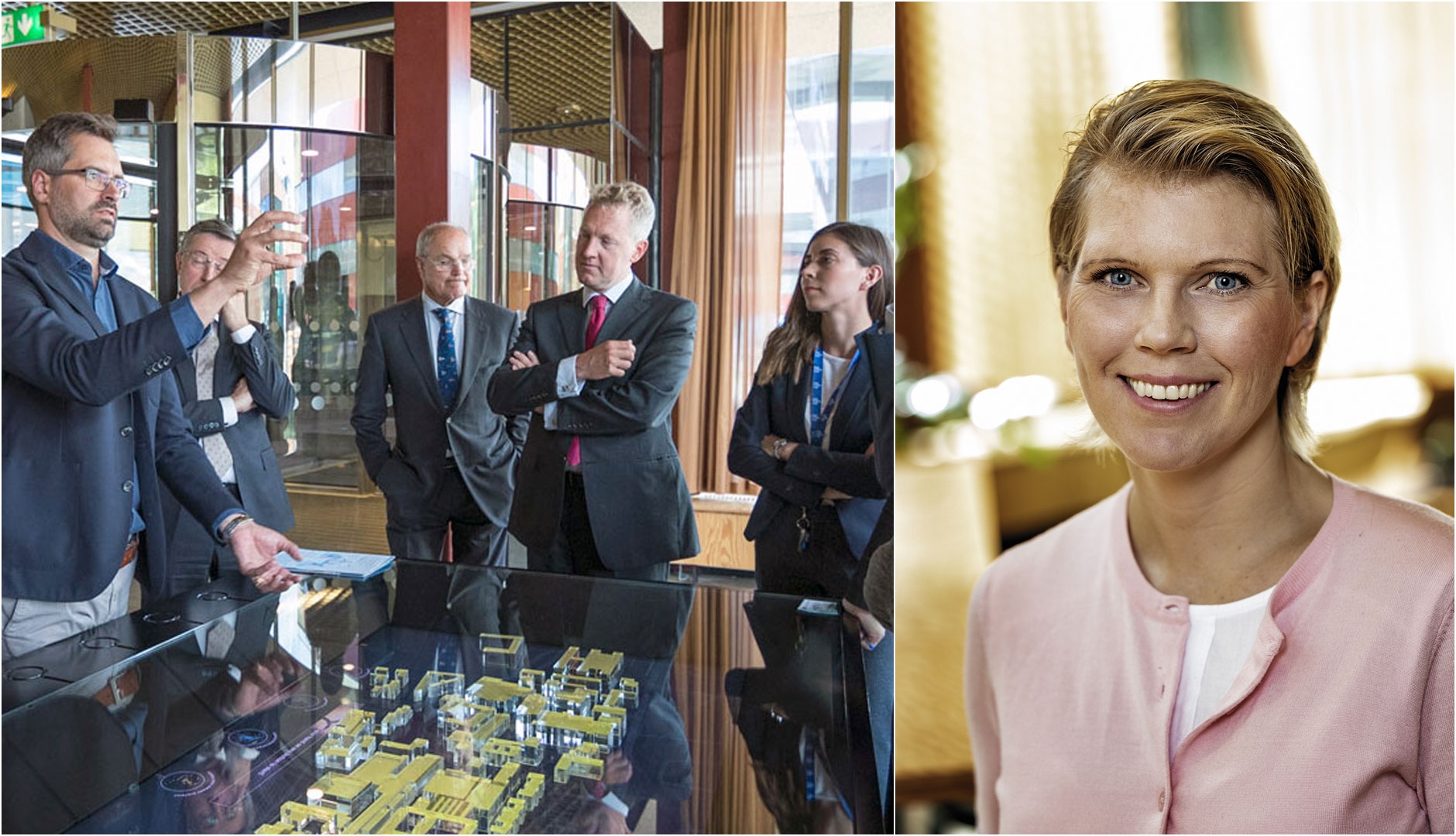 Local energy systems can become an important part of the energy transformation needed to slow down global warming. In Gothenburg, such a system is, since January 2019, in full operation within the project FED - Fossil-free Energy Districts. The project is led by Johanneberg Science Park whose devise is that cooperation is key to success.

“I am extremely proud and happy that we have come this far. We have a robust and stable system in place and real energy is flowing through the area in a different way than it did without FED,” says Stina Rydberg, project leader for FED at Johanneberg Science Park.

The FED system is a digital marketplace that uniquely connects the three energy carriers -electricity, heating and cooling - at the Chalmers’ campus Johanneberg which is used as a testbed. The buildings that are part of the system consume, produce and store energy via, among other things, solar cells, thermal inertia and batteries. The FED system is programmed to independently manage an ongoing trade between the operators while optimizing either cost or environmental gains. Nine local partner organizations participate in the project, which is funded by the EU-initiative Urban Innovative Actions. Johanneberg Science Park coordinates and leads the work on behalf of the City of Gothenburg.

“One of our strengths is to gather partnerships in this type of innovation projects. A lot of people need to talk to each other in order to make the coding right so that we get a functioning system. The programmers at Ericsson cannot make up how a power central works, so they need help from the people who operate the power central. And then there are people working for the property owners, who know exactly what the sensors are called that gives us the temperatures inside the offices. I think this is something we have succeeded in FED - to find forums where these conversations can be conducted at a good level.”

By making hourly forecasts of the energy demand, FED can cut peaks where energy from the surrounding system would normally have had to be imported. This creates a more efficient and stable use of locally produced fossil-free energy from for example solar cells. As the world is facing a major energy transition, local energy systems such as FED can become an important piece of the puzzle to disrupt global warming.

“This is our goal and of course it would be great if we can make an impact, both in Sweden and in the rest of Europe as well as globally. We are facing big changes where we will dismantle fossil electricity production and reduce the use of coal for example. These are huge challenges, and FED can be a piece of the puzzle when creating the new energy system for the future,” says Stina Rydberg.

The Fossil-free Energy Districts project, FED, is an innovative effort by the City of Gothenburg to decrease the use of energy and the dependence on fossil fuel in a built environment. A unique local marketplace for electricity, district heating and cooling is being developed together with eight strong partners.