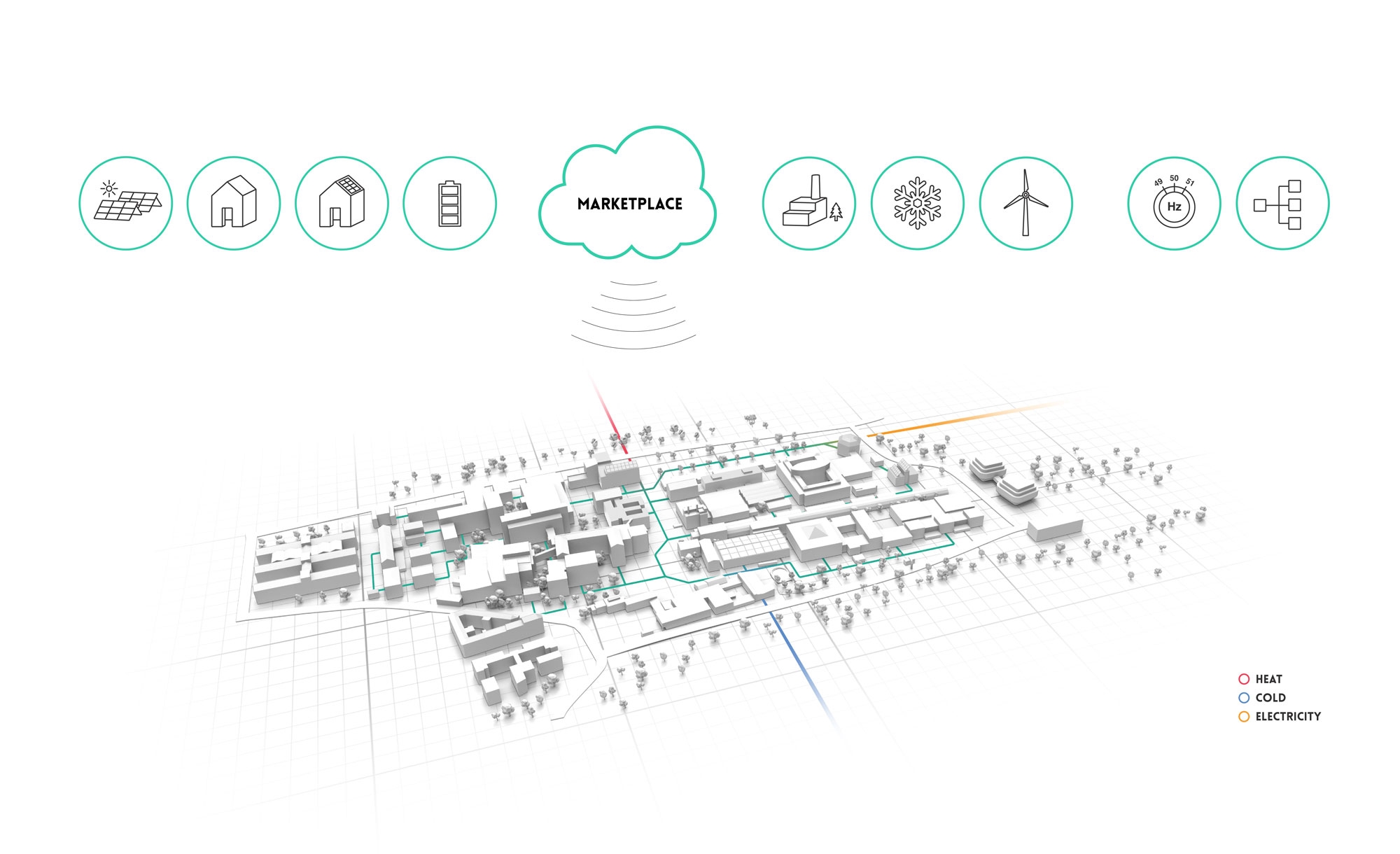 When the collaborative project Fossil-free Energy Districts (FED) ends at the end of October, it has successfully established the first local energy market that combines the three energy carriers, electricity, heating and cooling.

Local energy systems are often mentioned as part of the solution when it comes to the transformation of the energy system that is necessary partly to meet an increased demand but also to take care of a growing share of energy from renewable sources. Driven by these future challenges and with AI-technology as an enabler, the nine partners of the FED project have built such a system on the campus of Chalmers University of Technology in Gothenburg, Sweden. By doing so they have moved forward the position of local energy systems as a possible piece of the energy transition puzzle.

“It is a great success that we have managed to create and demonstrate this new and unique energy system that is now in full operation on campus. Our ambition is to contribute to a future renewable energy system and the great deal of attention and interest FED has attracted, both nationally and internationally, confirms that the concept of local energy systems is on the rise,” says Stina Rydberg, project manager at Johanneberg Science Park.

By connecting the buildings on campus to a digital marketplace, the FED system is programmed to independently manage a constantly ongoing trade between buildings that can both consume, produce and store energy. The system continuously gets external input such as weather forecasts and electricity prices and it is also connected to the surrounding energy grid.

This way the system can control the energy consumption, for example by heating a building a few hours before the weather turns cold, and ensure that locally produced, renewable energy is used efficiently within the area. Hence, power-intensive peaks are avoided and imports of fossil-based energy can be reduced.

Gothenburg was, with FED, one of the first European cities to win the EU-call for Urban Innovative Actions in 2017, with the aim of finding innovative ways to meet societal challenges such as energy transition, integration and adaptation to climate change. The project is the result of a close collaboration between the City of Gothenburg, Johanneberg Science Park, Göteborg Energi, Business Region Göteborg, Ericsson, RISE Research Institutes of Sweden, Akademiska Hus, Chalmersfastigheter and Chalmers University of Technology who has all contributed with their various competences.

“We know that the societal challenges ahead are something that individual actors will not be able to manage by themselves. Therefore, it is important for us as a city to become a good player in different forms of collaboration together with business and academia. Projects such as FED contribute to two of the goals of the innovation program; to create benefits for our citizens and for the City of Gothenburg to become a recognized, innovation-leading city, says Gunilla Åkerström, who leads the Innovation Program of the City of Gothenburg.

"FED’s combination of environmental advantages, AI, and the fact that there is a real functioning system in place, has definitely created an interest among international decision makers and we have received groups from e.g. Australia, Norway and Japan. Equal for all visitors is that they understand that to be able to learn from the FED-project, is an opportunity to get a glimpse of what will happen in the future", says Sofia Mc Conell, Head of Green Gothenburg who provided study visits during the project.

For questions about FED:

For questions about the innovation program of Gothenburg: